There are currently eight teams in the Indian Premier League. Each team plays each other twice in a round-robin system, playing one home and one away match each. At the end of the round robin, the top four teams advance to the playoffs. The top two teams play each other in the first qualification match, with the winner going straight to the finals and the loser getting one more chance to play in the second qualification game. 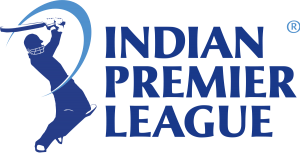 Teams can buy players in any of three ways: the annual player auction, transferring players from other teams during the trade windows and signing free substitutes. Players sign up for the auction and set their base price, concluding a contract with the highest bid team. Unallocated players in the auction can be signed as free replacements. During the trade windows a player can be sold to another team, but only with his agreement and the buyer pays the difference between the old and the new contract. If the new contract is worth more than the old one, the difference is divided between the player and the team that traded him. Usually there are three trading windows – two before the auction and one after the auction but before the tournament. Players cannot be sold outside of the trading windows or during the tournament, while replacements can be signed before or during the tournament.

According to a 2015 survey by Sporting Intelligence and ESPN The Magazine, the IPL’s average salary is estimated at $4.33 million per year, making it the second highest paid of any sports league in the world. Because players in the IPL are employed only for the duration of the tournament (less than two months), their weekly salaries are extrapolated proportionately to produce an average annual salary, unlike other sports leagues in which players play throughout the year.

The 2022 Indian Premier League will be played in April-May.

The term of a player’s contract is one year, with the team having the right to extend the contract for one or two years. As of the 2014 season, player contracts are denominated in Indian rupees, previously contracts were in U.S. dollars. Foreign players can be paid in the currency of their choice at the exchange rate either on the due date of the contract or on the actual date of payment. Prior to the 2014 season, Indian players were not included in the player auction pool and could be enrolled by teams at a discrete amount, while a fixed amount of ₹10 to 30 lakhs would be deducted for signing from a team’s salary budget. This led to resentment from team owners, who complained that richer clubs were luring players, after which IPL decided to include Indian players in the auctions.